(On 5 November 1951, Dr. Ambedkar went to Patna on the invitation of Chandapuri and addressed a joint meeting of the Shoshit Jan Sangh and Backward Classes Union there. It is known that in 1951 on Hindu Code Bill and some other issues Dr. Ambedkar had resigned as minister and at that time Chandapuri ji had called him to Patna and assured him that the people from backward classes are also with him and that he should move forward in politics by taking along Dalits and backward classes. Dr. Ambedkar was very much impressed by this and decided to take forward the politics by bringing the Dalits and backward together. His speech is a historical message to enhance the political unity of Dalits and backward, which these sections should seriously consider. They should get out of politics of caste and community, because the politics of caste and community has strengthened the politics of Hindutva of RSS / BJP. This speech has been translated by me from Hindi to English - SR Darapuri,I .P.S.(Retd) National Spokesperson, All India People's Front)

Dr. Ambedkar while addressing a joint meeting of Shoshit Jan Sangh and the Pichhda Varg Sangh (Backward Classes Union) at Anjuman Islamia Hall in Patna, Bihar, on 5 November 1951, said that the Scheduled Castes and Other Backward Classes (OBC) should get organized and throw away social order, which has been persecuting them for centuries. Dr. Ambedkar came to Patna on the invitation of the young social leader of Bihar, Ramlakhan Chandapuri.

An English daily called "The Indian Nation" published from Patna, in its issue of November 6, 1951, published three columns on Ambedkar's address. According to this report published with a picture of Dr. Ambedkar, Ambedkar warned the upper castes that they should know that times are changing and they too have to change. In the report, Ambedkar has been described as the former Law Minister of the country and the leader of the Scheduled Castes. According to the report, Ambedkar said that the government of the country is not allowing members of the Scheduled Castes to rise to higher positions as per the rules of Manu. He said that not one of the eleven provinces of the country has a Chief Minister who belongs to the Depressed Classes. Higher level posts in the bureaucracy are reserved for the upper castes, while peons and other lower posts have an abundance of members of the scheduled castes.

Dr. Ambedkar said, “Scheduled Castes are no longer willing to bear subjection and humiliation. Political independence has not improved their situation. Scheduled castes and other sections who suffer social injustice must realize their power. They should understand that they constitute 90 percent of the total population of the country and why people with such a large population will tolerate slavery.”

Ambedkar said, “The right to vote is very valuable and the Scheduled Castes should use it very carefully. They must decide who they should vote for - those who do injustice to them, those who deprive them of the basic needs of life or those who are working to improve their conditions.”

The report tells that Ambedkar said that his party does not get money from Marwari Seths (capitalists). "I am happy that no Marwari ever helped me because Marwari does not help anyone without interest and I am not in a position to fulfil their interest."

According to the report, Dr. Ambedkar said, ”I have always believed that if an untouchable could ever form his government, then no one would be able to shake him from there. If they have not been able to form their own government till date, it is because some of them have joined hands with the Brahmins and they have started looking down at their own untouchable companions. But now the differences between them are ending and they are coming at one stage. This is very good. Seeing this, it seems that the sad days of the Scheduled Castes are coming to an end and a golden future awaits them.”

(According to the report, during Ambedkar's speech, the attendees played loud applause in between.

Courtesy: From the August, 2016 issue of Pichhda Varg Sandesh

Dr. Ambedkar's Historical Speech at Patna   ( On 5 November 1951 , Dr. Ambedkar went to Patna on the invitation of Chandap...

Shaheed Bhagat Singh
Arise!
You "Untouchables"
Brothers and patriots true,
arise and awake to your history.

Organize!
You proletarians a tru
You have nothing to lose.
Rise in revolt!

Nothing will come from reforms slow,
Revolutionize social order,
rebel and unleash upheavals,
Liberation is your goal! 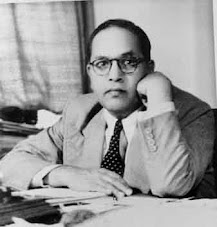